Biography of Adesua Etomi 2022; Her Early Life and Career life, Awards, Net Worth and Personal life 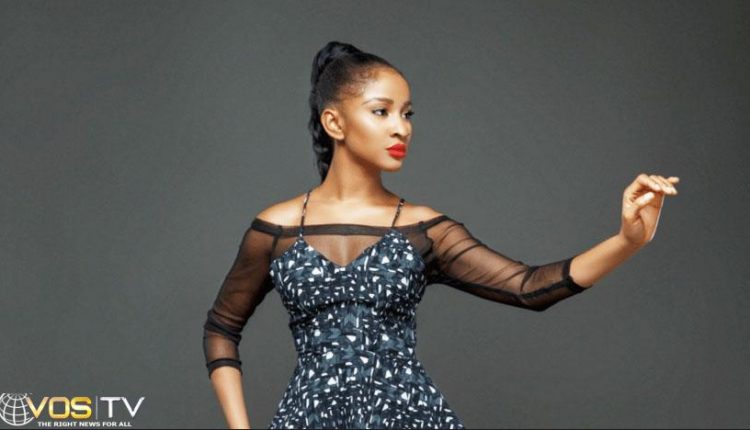 Tolulope Adesua Etomi Wellington a.k.a Adesua Etomi is an award winning, talented and beautiful Nigerian Actress, Producer and voiceover Artiste. She came into limelight after starring in her debut movie “knocking on heavens door” where she played the female lead role.

Knocking on Heaven’s Door is a 2014 Nigerian musical romantic drama film produced by Emem Isong and directed by Desmond Elliot. She also starred in “Brave” a short film produced in 2014.

Adesua was nominated as the Most Promising Actress at the Golden Icon Academy Movie Awards for her role in “Knocking on heavens door in 2014. She was also nominated as the Best Actress of the year for the movie “Falling” by the Eloy Awards.

In 2016 she won the African Magic Viewers Choice Award for  Best Actress in a Drama. She is married to top Nigerian Musician and politician BankyW and they are blessed with a Son.

In this Article we will be diving into the detailed Biography of Adesuwa Etomi Wellington; Her Early life, Career life, Awards and recognitions, Networth, personal life.

So without further ado, let’s begin!

Adesua Etomi was born and raised in Owerri the Imo state capital in Nigeria on the 22nd of April 1988, to the family of Mr. and Mrs. Etomi; Her father is of the Esan tribe from in Edo state, he was a Soldier by profession while her mother a Civil engineer and of Yoruba decent (So Adesua is Esan by tribe).

She is the youngest of 3 children and has 2 elder siblings.

Adesua began her Elementary school at Corona school in Victoria Island, Lagos, she then proceeded to Queens College Lagos for her secondary school Education but she was shortly interrupted when she moved to the UK at the age of 13. She continued her Secondary education in the UK and attended Coventry City College where she obtained 3 diploma degrees simultaneously, one in Physical theatre, Musical theatre and Performing Arts.

She later studied Drama and  Performance at the University of Wolverhampton and graduated with first-class honours.

She was in September 2022 honored with the Honorary Degree of Doctor of Arts by the Wolverhampton University (her Alma mata) for her phenomenal contributions to the Creative Industry.

Adesua had always wanted to be a performer as it is visible in her childhood during which she participated in her school play at the age of 7, and went ahead to study everything concerning performing at the University level.

She surfaced into the Nollywood industry in 2012 and had her first major role in the movie “Knocking on Heavens door” released in 2014, she also featured in the short film “Brave” which protrayed her beauty and ability to embody the character.

She also played lead role in the 2015 movie “Out of Luck” as well as “The Soldier Story”, “The Wedding Party” which broke the airways because she started alongside her husband as the male and female lead.

She has featured in over 20 movies and television series since her debut.

She featured in the 4th/5th season of the HIV prevention awareness movie “Shuga”, she also featured in the 2016 Crime series “Lasgidi Cop” as well as a number of other television series.

She ran a Voiceover for The Coca-Cola product “Fanta” as well as for the company “Solo phone” in 2013 and 2014 respectively.

Adesua Etomi has been recognised for her spectacular Acting, Elegance and beauty as she can portray any role given to her as we saw in “Muna” and the “Setup” where she portrayed an agile superhero like role with martial art skills deviating from her good girl role in many of her movies.

She was nominated as the Most Promising Actress of the year by the Golden Icon Academy Award in 2014, nominated as Best New Act by the City People Entertainment in 2015. She won the Discovery of the Year  by the Golden Movie Awards in 2015 as well as the African Magic Viewers Choice Award for Best Actress in 2016

She has also been nominated as the Best Actress Drama/TV Series by the African Magic Viewers Choice Award in 2017 as well as Best Actress in a leading role by the Best of Nollywood Awards in 2020.

Adesua is an actress of many colours as she recently released her first music single “Natural” in February 2022 and received positive feedback, she also shares her acapella songs on her Instagram page.

Some of Adesua Etomi’s Awards.

Adesua Etomi is estimated to be worth about $600,000 in 2022 and most of her income comes from her movie roles and endorsement deals.

Adesua Etomi is married to Nigerian Musician and politician Olubankole Wellington a.k.a BankyW. They got married in November 2017, the wedding was the talk of the town and celebrities from both the movie and music industry graced the occasion. After 4year of marriage they were blessed with a Son Hazaiah Wellington born January 2021.

After their wedding in 2017, one would ordinarily expect the couple to have their first child a year or two later but when nothing happened after 3 years, fans became worried but little did they know that the couple were even more worried themselves.

During their 3years of no issue, they had sort various means to bear a child including In vitro Fertilization (IVF).

Adesua recounted the pains and hurdles she had to go through during the period, the countless pricking of the needle and taking of drugs. She said and I quote;

“I want to give a shout out to every single woman that has gone through IVF. I know what you have gone through”

Adesua stated that she have veins in her hand that no longer work; they are so traumatised that you cannot get blood out of them.

IVF is a very tasking thing, emotionally and physically on your body, mentally it is very tough”

The couple later got pregnant through IVF with twins babies but only a few months into the pregnancy, Adesua suffered a Postpartum Haemorrhage (Miscarriage) which according to statistics is common for IVF pregnancy.  It left her traumatized and she couldn’t hold her tears while recounting the story at the Waterbrook church where they shared their pregnancy story and testimony which they titled “Final Say Faith”, they shared it as a  Testimony of God’s goodness in their lives and a way to encourage others waiting for God blessings.

Their breakthrough came 4 years after they got married, Adesua was pregnant without any medical assistance and gave birth to a bouncing baby boy in 2021.

The couple named him Hazaiah Olusegun Wellington and he celebrated his one year birthday in 2022. His nicknames are “Champ or Zaza”

It’s so beautiful when celebrities share their stories and help us to understand that they are not super humans, that they go through pains too. And honestly that what’s makes us humans. I hope this is a huge encouragement for anyone and everyone going through some tough times in time. One thing is clear though, “Tough times do not last but tough people do” so do your best and let God do the rest. One day, just like Adesua and BankyW, you will testify.

We hope you value reading this Biography?