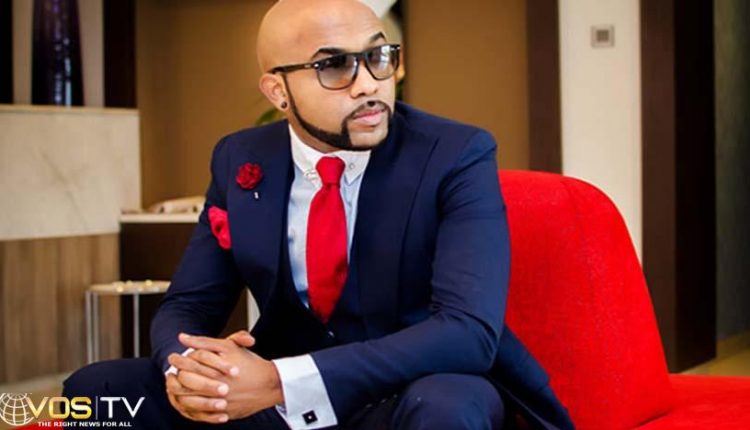 Olubankole Wellington popularly known as BankyW and known in movies as Banky Wellington is a Nigerian Singer, Rapper, Actor, Entreprenuer and Politician. He is the founder of EME records ( Empire Mates Entertainment) which he launched in 2002 in the United states of America.

EME records is credited with producing notable and music icons in Nigeria including Niyola, Shaydee, Skales, and the grammy awarding winning and iconic musician, Wizkid.

BankyW came into limelight after the release of his debut single “Ebute Metta”  the song gained positive feedback and earned him the name Mr Lover Boy because most of his songs were love songs and his blend of RnB with Afrobeat brought a unique sound to the Nigeria music industry.

In 2006, he released his debut studio album “Back in the Building” which contained 14 songs including “My regret, Don’t wanna, Loving U is Critical, Hard Time, and Ay  Mami”.

He wrote the Etisalat first theme song 0809ja 4 life in 2008 and since then went on to release more songs and has 4 studio albums and 2 extended plays (EP) to his name.

BankyW ventured into politics in 2018 and during the general elections of 2019, he ran on the platform of the  Modern Peoples Party to represent the Eti-osa Federal consistuency  at the Federal House of Representatives but unfortunately lost to the APC candidate.

In 2022, he decamped from the MPP to the PDP to run for the same position and has gone on to win the PDP primaries, while he awaits the general elections in 2023.

BankyW is also an actor as he has ventured into the Nollywood industry, his debut movie was the “Wedding Party” where he played lead male role alongside his wife Adesua Etomi in 2017, he also featured in Up North alongside Kanayo O Kanayo and Adesua Etomi, where he played the male lead role as well.

He is married to the seasoned, beautiful and spectacular actress Adesua Etomi, they tied the knot on  25th  November 2017, and are blessed with a son, Hazaiah wellington.

In this article, we will be diving deep into the biography of BankyW, his Early life, Career life, Music Albums, Movies, Awards, Net worth, Political ambition, Philanthropy and Personal life of the great singer and Politician.

So without further ado let’s begin.

BankyW, born OLUBANKOLE WELLINGTON was born on the 27th of March 1981 in New York, USA. His father hails from Badagry in Lagos state while his mother is from the Calabar tribe in Cross Rivers state. He has 3 brothers and a sister who are all doing well in their endeavors. His sister is an award winning wedding planner and CEO of Urban Market Place.

He has always loved singing and from an early, he joined his church choir.

BankyW started his Primary Education in Lagos, Nigeria after his parents moved back to Nigeria in 1986 when he was barely 5years old.

His Primary Education was at Corona School.

And continued on to attend Home Science and Ajao Secondary School still in Lagos. He later proceeded to the Rensselaer Polytechnic Institute, New York on scholarship for his tertiary Education where he studied Industrial Engineering and graduated with honors.

After his return from the U.S to Nigeria in 2007, he launched his record label E.M.E records and went on to produce songs and sign artists through it.

BankyW launched his record label E.M.E records in 2002 while still studying in the  U.S and in 2007, he returned back to Nigeria and established E.M.E records in Nigeria which has gone on to produced notable artiste between 2009 till date. Including the Grammy award winning musician, Wizkid as well as Skales and Niyola.

Away from his record label, BankyW did not always have it easy in his music career, he went through some tough times including, finding it hard to gain recognition and endorsement, and in 2007 after he was robbed and kidnapped in Lagos, and had spent all his life’s savings on his music without no result, he became frustrated and decided to return back to the United States to begin a new life away from music.

But with the encouragement of his friend “Segun Damure” who lend him some money to release another album, he stayed back and released the single “strong thing” which became a banger and game changer for his career and saw him releasing his second studio album in 2008 and eventually helped him to catch the attention of the multi-million telecommunications giants Etisalat who signed BankyW to be their brand ambassador in a million naira contract and he would go on to write and sing their first theme song “0809ja for life”.

BankyW released his first studio album “Back in the building” in 2005,  the album had much positive remarks and BankyW was immediately tagged a “Mr. Lover Boy” because his song were centered on love.

While his fourth studio album R&BW was released on the 15th of February 2013, a day after Valatines day in a concert he Tagged the “Grand Love Concert” held at the Civic Center Ozumba Mbadiwe Victoria Island Lagos. He featured several artiste at the concert including Iyanya, Waje and many others

His two EPs “Undeniable and Songs about you” were released in 2003 and 2017 respectively.

In 2018, BankyW announced the disbanding of E.M.E records as a record label and instead inaugurated it as a Talent management company. He announced his wife, Adesua Etomi, Dj Exclusive, Ebuka Obi-Uchendu, and  Toolz  as the first client of the company. The company will be focused on creative marketing, advertising, PR and brand events

Some of BankyW’s notable singles includes

BankyW is also an actor and has a successful career in acting as most of his Movies have turned out to be blockbusters in the Nollywood industry. His debut movie was “The Wedding party” where he featured as the male lead alongside Adesua Etomi. The movie became the highest grossing movie of 2016 with about 473 million naira in total. In 2017, when the part 2 was released, it broke another record by becoming the highest grossing movie in Nigerian history with a whopping 500 million naira as gross income. Some of his other movies includes;

BankyW is estimated  to be worth $9 million although some sites report a lower amount but according to our calculations and his current asset we came up with his figure.

BankyW charges between 2.5 to 3 million naira per show and is regarded as one of the richest Nigerian musicians.

Apart from music, he is an entrepreneur and he opened his burger kitchen in 2020 in lagos.

He is also a motivational speaker and receives invitation from all parts of the world to speak.

Unlike most celebrities who invest in cars, BankyW doesn’t own much luxury cars, according to him,  he says “why will I buy a luxury car in a rented apartment, I prefer to save up and build a house”.

So for years he was driving a 2008 Range Rover Sport and was trolled by fans for it.

He later auctioned it in 2018 after he bought a house and donated the proceeds to support the Vocational school for the blind in Oshodi and the Pink oak Cancer Centre also in Lagos.

BankyW has contributed to a number of causes to support humanity in different ways.

He founded the “I am capable Foundation” to give back to society by offering scholarship to support deserving students in tertiary institution in and outside Nigeria.

He is also the founder of the Banky Wellington Organisation with the sole aim of rebuilding Nigeria through his Lagos food bank and skill acquisition programmes. BankyW was a key contributor during the Endsars protest of 2020 in Nigeria, he leaned his voice with the youths of Nigeria to fight bad governance in the country.

In 2017, just few months to his wedding, BankyW  suffered a skin cancer on his shoulder and had to undergo surgery for it, by his side was  Adesuwa Etomi his soon to be bride. The surgery was successful and in November 2017, the couple got married amidst friends and family, the wedding was the talk of the town for weeks.

The traditional wedding took place in Lekki, Lagos state on the 19th of November 2017 while the white wedding was on the 25th of November 2017 in south Africa. Notable celebrities who graced the occasion included, Timi dakolo, Rita Dominic, Toyin Abraham, Annie Idibia, Ireti Doyle, Simisola kosoko, and Richard mofe damijo among others.

Three years after BankyW and Adesua Etomi tied the knot, they were struggling to conceive and gossips from all nooks and crannies began surfacing that BankyW was impotent, but he never responded to any of the rumors. Instead, himself and his wife embarked on a series of medical journeys to proffer solution to the problem.

They even went through in vitro fertilization IVF and after successfully conceiving twins, unfortunately Adesua went through a postpartum hemorrhage popularly known as miscarriage. BankyW recalls coming home to see his wife on the floor wailing and not wanting to be consoled. That night, they prayed a prayer of agreement and a year later, without any medical assistance, Adesua conceived and gave birth to their first child in January 2021.

What a miracle indeed.

In 2019, BankyW contested for the federal house of representative seat of Eti-osa Federal consistuency under the Modern Peoples Party but unfortunately lost the election to the APC candidate, Babajide Obanikoro.

Not giving up, on April 1st 2022, he announced his intention for a rerun under the platform of the PDP. In his speech he pointed out that we must engage Nigeria where the majority is and not where we want it to be, that we can only fix the system if we infiltrate the major platforms that already exist and try to build an army of like minds to develop our country. His slogan is Talk&Do!

And on the 6th of June 2022, he went on to win the PDP primaries conducted for the position with a landslide victory of 24 out of 29 votes. He started his campaign with a fitness walk round Eti-Osa constituency and  the March continues ahead of the 2023 Elections.

We wish him all the best!

So, there you have it, a comprehensive biography of BankyW.

Please tell us what you think about him in the comments section.

Drop your favorite BankyW song in the comments section!

Biography of Adesua Etomi 2022; Her Early Life and Career life, Awards, Net Worth and Personal life

Biography of Adesua Etomi 2022; Her Early Life and Career life, Awards, Net Worth and…