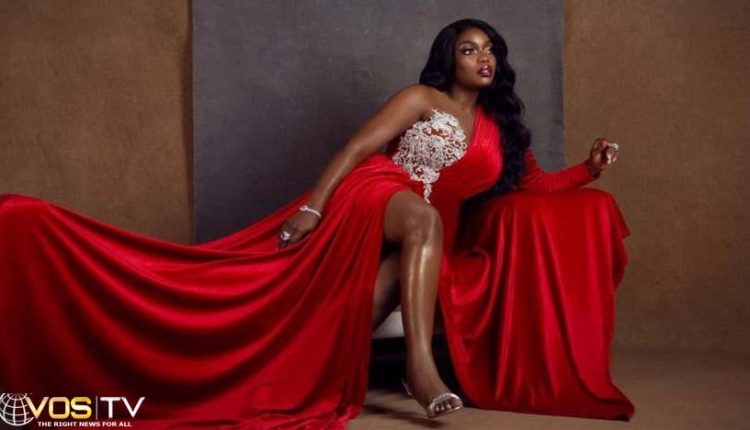 Bisola Aiyeola popularly known as Bisola on Television is a Nigerian Actress, TV host and Singer. She came into limelight in 2017 after being selected as one of the housemates and eventually becoming the first runner up of the Big Brother Naija Reality TV show.

Prior to BBN, in 2008 she was one of the contestants at the MTN Project Fame West Africa music talent show where she came 5th and prominent singer Iyanya Won.

Bisola is best known for her funny and comedy gestures in her movies and has acted in a number of movies, winning awards for some.

In 2017, she was nominated by the City people awards for Revelation of the year Award and in 2018, she won the Trailblazer Award at the African Magic Viewers Choice Award.

In this article, we will be diving deep into the Biography of Bisola; Her Early life, Career life, Awards and recognition, Net worth and personal life.

So without further ado let’s begin.

You can read about Rita Dominic here also, an extraordinary Actress.

Bisola Aiyeola was born on the 21st of January 1986 to the family of the Aiyeolas in Edo state Nigeria. Her father abandoned her mother when she was only 3 years old and she was left in the care of her mother to cater for herself and her siblings.

She stayed with some of her cousins for a while before starting off on her own later in life.

There’s nothing much about her primary Education but Bisola went to Methodist Girls High school for her secondary education from there she attended The National Open University NOUN where she studied Business Management and graduated with BA Honors.

In 2008, Bisola made entrance into the Entertainment industry by competing in the MTN Project Fame West Africa Music Talent show, where she came 5th. The same year Iyanya Won.

You can say that was the stepping stone for her as she went on to land a job with Silverbird Television to host the Billboard Nigeria show from 2011-2013.

In 2018, she was selected as one of the housemates for the Big Brother Najia Reality TV show where she came 1st runner up. She gained the love and admiration of Nigerians and was tagged one of the most Intelligent Big Brother housemates of the year.

Bisola is a Multi-talented young lady who switches career from acting, comedy, singing to being a TV host and an MC. You can say she’s a jack of all trade yet master of all because she phenomenal in any role she chooses to play in.

She ventured into the Nollywood industry in 2015 when she featured as a supporting actor in the Web series “Skinny Girl in Transit” alongside Abimbola Craig, Sharon Ooja, Ngozi Nwosu, Timini Egbuson, and Ayoola Ayoola. The Movie was about a chubby girl trying to find a husband, so she began the slim and fit journey but a lot happened along the way. You can say it’s a Romcon movies because it is filled with love stories that’s actually quite hilarious and interesting at the same time. Bisola played the role of the lead actress (Abimbola Craig) Co-worker and friend and she portrayed a comic behavior that you couldn’t help laughing to always.

She has also featured in a number of movies and Web series including;

Bisola was nominated as the Revelation of the year by the City people awards, alongside Zainab Balogun, Seun Ajayi and Somkele Iyamah. She won the AMVCA Trailblazer Award in 2018 and the award came with a GAC SUV. She couldn’t hid her joy and took to her Instagram page to thank her fans and the DStv Family for the honor bestowed on her. She said,

“My dear Family, I just picked up my Trail Blazing GAC SUV from my @dstvnigeria @africamagic Family and guys it feels super good to ride in a brand-new vehicle. Thank you sooooo much @africamagic I love you.”

She made her Productional debut as a Co-producer in the 2020 comedy drama, “Introducing the Kuju” She also starred in the movie alongside, Timini Egbuson, Femi Jacobs, Bimbo Ademoye, Sophie Alakija and Mimi Onalaja and the movie was set in Badagry.

Bisola enjoys a fan base of over 3 million followers on Instagram and continues to win the heart of her fans with her funny gestures and mannerisms. She is known for being able to mimic any accents and being able to switch accent from a village girl to a polished city girl. This has gotten her lots of endorsement deals that keeps adding to her wealth.

Bisola released her debut studio album “Playlist”  in 2018, the Six track Album had Heartbroken as one of it’s hit singles.

She recently released another single “Controller” in 2022.

She is signed to Temple gate Music.

In August, 2022, after a rigorous selection process which saw an audition of over 50 spectacular Celebrities, Bisola was chosen as the Host of the MTN sponsored TV show “Family Feud” among them all. She took to her Instagram page to share the good news with a video of her onboarding and welcoming as the Host.

Bisola has been nominated for many awards, including the Best Actress in a Lead role in 2020 by The Best of Nollywood Awards,

Bisola is estimated to be worth about $1.2 million and majorly makes her money from her movies and Endorsement deals

Some of Bisola Endorsement deals

Bisola continues to progress in her career as an Actress and a TV host.

Although Bisola is not married, she has a 13 years old daughter Leyla Olakitan Joan who she gave birth to at 23 for her then boyfriend Olanrewaju Malcolm who later died in 2018 after a prolonged illness.

She has been rumored to having an affair with some celebrities including Jeff Akonh the musicians who was barely 21year old and she was 31 as at the time they were dating.

She was also involved with Thin Tall Tony, a fellow housemate at the BBN Reality TV show but the relationship broke up after the show when she found out that he was married with 2 kids. (Men and their wahala)

In an interview with Ebuka,  Bisola said that she wants to give birth to another child before she turns 38 in two years’ time she said. She also said she have been independent since when she was 17years old and that she want to be dependent now.

So to all the eligible bachelors out there, Auntie Bisola us ready to settle down oh…

Bisola is and will continue to remain one of the most talented latest addition to the Nollywood industry and she’s ready to work hard and climb her way to the top of her career and one day be in the league of Genevieve Nnaji, Rita Dominic and Omotola Jalade Ekeinde.

We wish her all the best!

What do you like most about Bisola? Her voice, her shape or her expression?

Drop it in the comments section.

Biography of Adesua Etomi 2022; Her Early Life and Career life, Awards, Net Worth and…