Popular Nollywood actor, Ik Ogbonna has fumed at his colleague and friend, Alexx Ekubo for embarrassing him publicly.

IK Ogbonna, Yomi Casual and Alexx Ekubo are known to be best of friends and are frequently throwing good-natured jibes at each other. 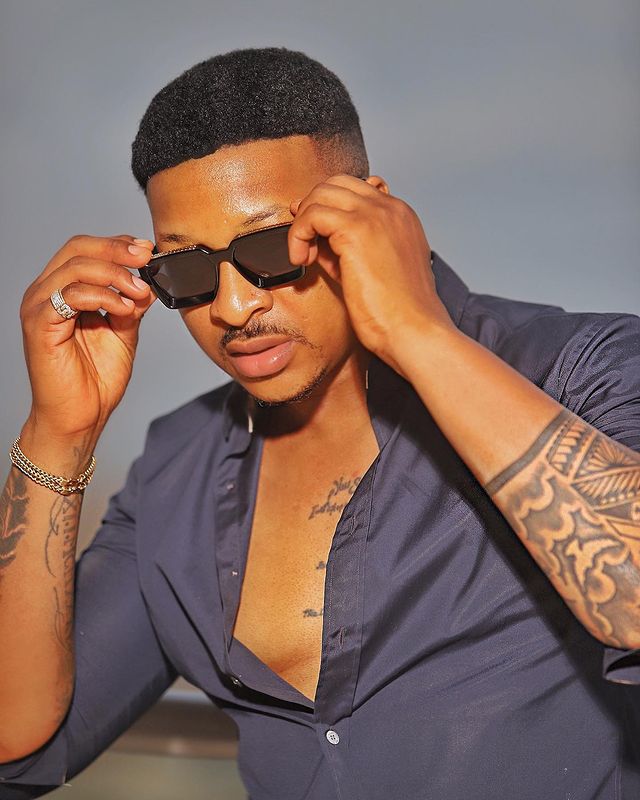 The trio had recently had an online call and Alex decided to embarrass his bald friend, IK who has been wearing wigs for some time now, by exposing his real hairless head. 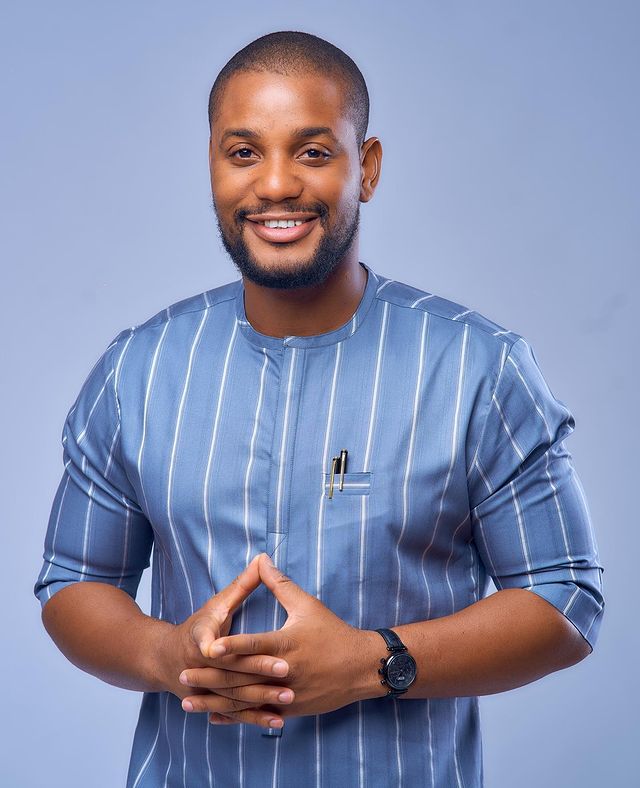 Sharing the picture, he wrote:

“Finally the IK, I know. Not that Ikechukwu Pro Max with Persian rug on the head.” 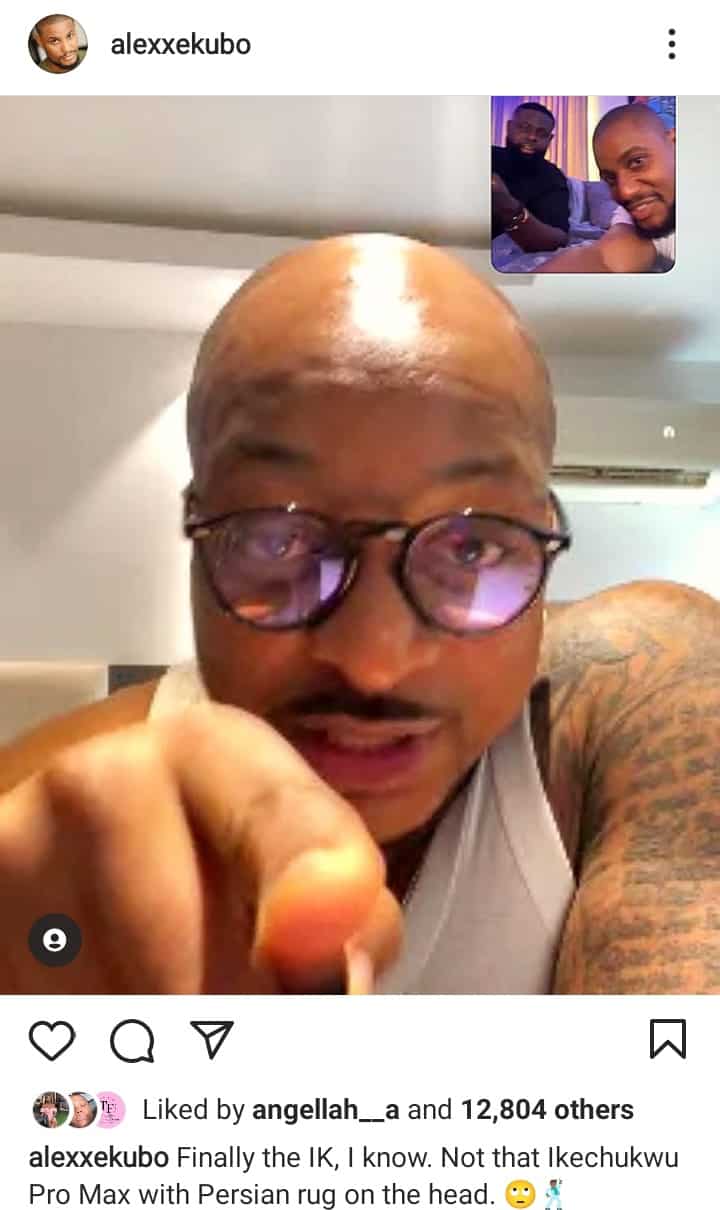 IK who was indignant after his friend embarrassed him publicly by sharing a picture of his bald held took to the comment section to blast him.

“No worry … with all the problems in Nigeria is my head that u chose to embarrass like this ‍♂️‍♂️‍♂️ you stewpid tadpole . Thunder fire u dia , you savage swine , limited edition of australopithecus africanus , u will be hearing from me .” 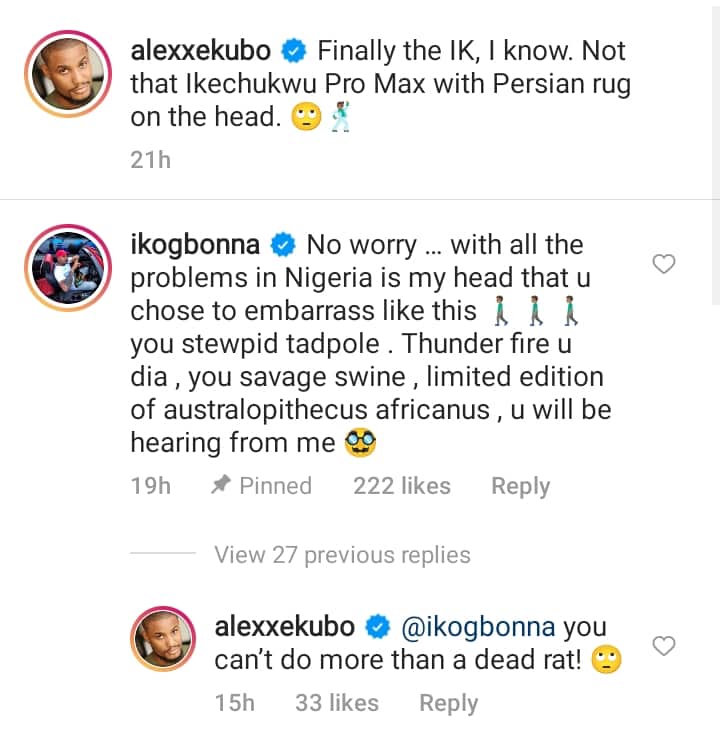 “No be me you go use regain your lost glory” – Tonto Dikeh bashes former bestie, Bobrisky, at length

Doing business in Nigeria is easier now than before – President...